Welcome to my stop on the blog tour for the brilliant The Chestnut Man, the debut novel by Søren Sveistrup, the creator and writer of hit Danish TV show The Killing.

Thank you to Jenny Platt and Michael Joseph Books for inviting me to be a part of the tour for this outstanding book.

THE GRIPPING DEBUT NOVEL FROM THE CREATOR AND WRITER OF HIT TV SHOW THE KILLING.

One blustery October morning in a quiet Copenhagen suburb, the police make a terrible discovery. A young woman wTis found brutally murdered with one of her hands missing. Above her hangs a small dol made of chestnuts. Ambitious young detective Naia Thulin is assigned the case. Her partner, Mark Hess, is a burned-out investigator who’s just been kicked out of Europol. They soon discover a mysterious piece of evidence on the chestnut man – evidence connecting it to a girl who went missing a year earlier and is presumed dead; the daughter of politician Rosa Hartung.

But the man who confessed to her murder is already behind bars and the case long since closed. Soon afterwards, a second woman is found murdered, along with another chestnut man. Thulin and Hess suspect that there’s a connection between the Hartung case and the murdered women. But what is it?

Thulin and Hess are racing against the clock, because it’s clear that the killer is on a mission that is far from over . . .

Fans of The Killing, The Girl with the Dragon Tattoo and Jo Nesbø will love this debut thriller. 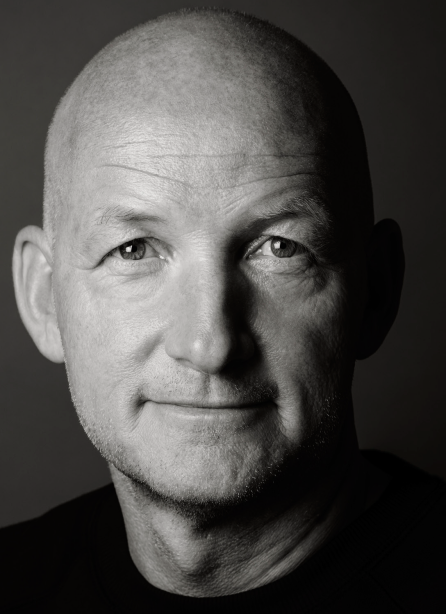 Søren Sveistrup is an internationally acclaimed scriptwriter of the Danish television phenomenon The Killing which won various international awards and sold in more than a hundred countries.

He was born in 1968 and holds a master of Literature and History from the University of Copenhagen. He graduated as a script writer from the Danish Film School. The Chestnut Man is Søren’s first novel.

I could tell from the outset that The Chestnut Man was going to be a thrilling read, but even I could never have expected what an absolutely fantastic read it would turn out to be. With short, punchy chapters told from various points of view that move the story along at a steady pace, it is obvious we are in the very talented and capable hands of a born storyteller. It is unsurprising that the author has a background in scriptwriting as the book reads like it has been written for the screen, moving effortlessly from scene to scene. I can’t even begin to put into words just how beautifully written and skillfully plotted this fantastic crime thriller is.

Naia Thulin and Mark Hess are multilayered, flawed characters that you quickly come to care about. The action is relentless as Thulin and Hess race against time to uncover the identity of ‘The Chestnut Man’ before it is too late and the story moves along at a cracking pace. Twisting and turning this way and that, The Chestnut Man throws in lots of surprises along the way and has some genuinely heart stopping moments that made me gasp out loud with my hand over my mouth. It is at times gruesome and is definitely not a story for the faint hearted, but I couldn’t help but devour every word of this outstanding novel.

Shocking, thrilling, fast paced and devastatingly brutal, The Chestnut Man is a novel that every fan of the crime genre should read and is my favourite read of the year so far. Simply incredible.

The Chestnut Man by Søren Sveistrup is available to buy now:

One thought on “Blog Tour: The Chestnut Man by Søren Sveistrup”