I’m thrilled to welcome you today to my stop on the blog tour for Call Me Star Girl, the stunning new psychological thriller by the fabulous Louise Beech. Thank you to Anne Cater and Orenda Books for giving me the opportunity to read and review this book.

Stirring up secrets can be deadly … especially when they’re yours…

Pregnant Victoria Valbon was brutally murdered in an alley three weeks ago – and her killer hasn’t been caught.

Tonight is Stella McKeever’s final radio show. The theme is secrets. You tell her yours, and she’ll share some of hers.

What Stella really wants to know is more about the mysterious man calling the station … who says he knows who killed Victoria, and has proof.

Tonight is the night for secrets, and Stella wants to know everything…

With echoes of the Play Misty for Me, Call Me Star Girlis a taut, emotive and all-consuming psychological thriller that plays on our deepest fears, providing a stark reminder that stirring up dark secrets from the past can be deadly… 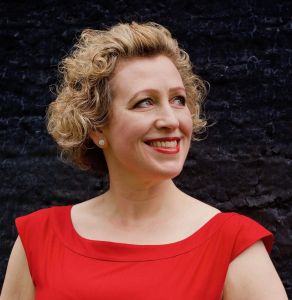 Louise Beech is an exceptional literary talent, whose debut novel How To Be Brave was a Guardian Readers’ Choice for 2015. The sequel, The Mountain in My Shoe was shortlisted for Not the Booker Prize. Maria in the Moon was compared to Eleanor Oliphant Is Completely Fine, and widely reviewed. All three books have been number one on Kindle, Audible and Kobo in USA/UK/AU. She regularly writes travel pieces for the Hull Daily Mail, where she was a columnist for ten years. Her short fiction has won the Glass Woman Prize, the Eric Hoffer Award for Prose, and the Aesthetica Creative Works competition, as well as shortlisting for the Bridport Prize twice and being published in a variety of UK magazines.

Louise lives with her husband and children on the outskirts of Hull – the UK’s 2017 City of Culture – and loves her job as a Front of House Usher at Hull Truck Theatre, where her first play was performed in 2012.

Call Me Star Girl is a powerful and moving psychological thriller that lures you in from the very first page. Stella McKeever is about to host her final radio show and wants it to be all about secrets. If you tell her yours, she’ll share some of hers. But no one could possibly expect the devastatingly dark turn things are about to take, with the creepiness and isolation of being alone at the radio station ratcheting up the tension to almost breaking point. I had no idea how heartbreakingly twisted the story was going to become, but Louise Beech is an extraordinary storyteller, and her exquisite writing held me in thrall right up until the final page had been turned.

Call Me Star Girl isn’t an easy book to review as not only do I want to do this stunning book justice, but I also feel it’s a book best read cold, allowing it to slowly give up its secrets, revealing them little by little as you move through the story. It’s very much a book about love, and how far you would be prepared to go to protect those who are nearest and dearest to you. There are twists and turns, beautifully crafted, enticing you in and taking you by surprise, leaving you feeling breathless. Each time I thought I had everything worked out, something else happened that made me realise I wasn’t even close.

Stella and her mother, Elizabeth, take turns in narrating the story from the perspective of both THEN and NOW, which I think works incredibly well. Although I really wanted to dislike Elizabeth, I found myself warming to her, even though everything in me told me not to.

Stella is haunted by her past because of her mother’s actions, which have left her with a dark and dangerous vulnerability that is both scarily endearing and frustrating in equal measure. Elizabeth is now trying to make up for all the pain she caused, even becoming a doula for vulnerable young women in need of support. But can she ever make up for abandoning Stella when she needed her the most? And are Stella and her mother really that different after all?

Call Me Star Girl is an atmospheric and haunting psychological thriller that is as moving as it is suspenseful. A beautifully written story that takes you on a rollercoaster ride of emotions, surprising you at every turn. As dark and twisted as it is, I loved everything about this book and did not want it to end. A stunning read that I highly recommend.

Check out what these other wonderful bloggers have to say: 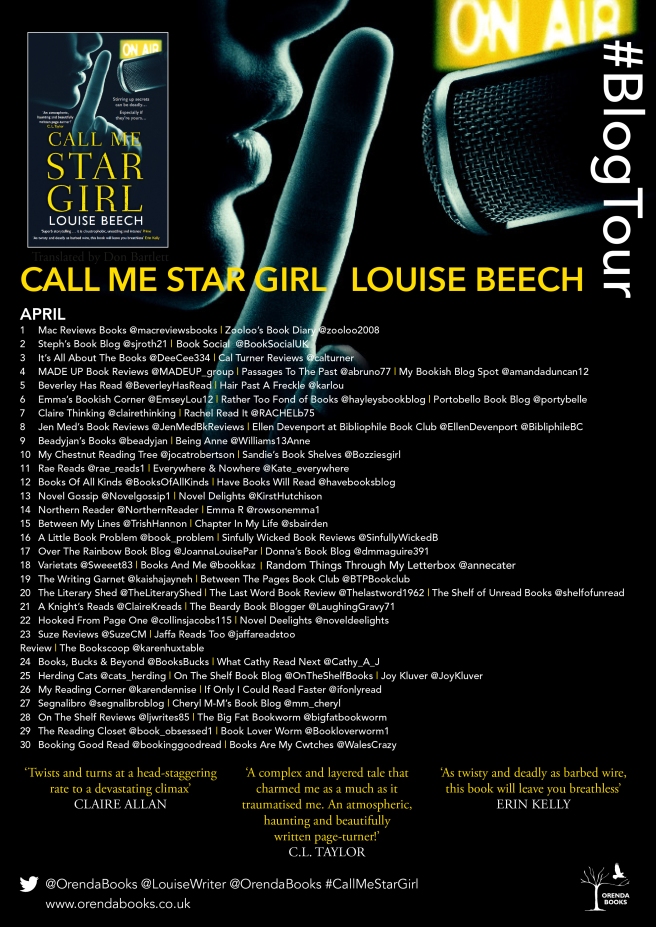 The brilliant and gripping #DeepDarkNight by Steph Broadribb is available to buy in paperback from today! Check out my #bookreview of this superb #book as part of the #blogtour for #RandomThingsTours over on my blog via the link below: Today is my stop on the blog tour for the brilliant ‘Deep Dark Night’ by Steph Broadribb. A gripping and suspense filled book I would highly recommend. https://calturnerreviews.com/2020/03/05/blogtour-bookreview-of-deepdarknight-by-steph-broadribb-crimethrillgirl-annecater-orendabooks-randomthingstours-teamlori-iamlori-lorianderson-girlpower/ @orendabooks @crimethrillergirl #bookblogger #bookreviewer #bookstagrammer #bookrecommendation #wordpressblogger #publicationday #happypublicationday
Follow Cal Turner Reviews on WordPress.com
%d bloggers like this: