I’m excited to welcome you to my stop on the blog tour for the brilliantly written and darkly hilarious Worst Case Scenario by Helen Fitzgerald. Thank you to Anne Cater and Orenda Books for giving me the opportunity to read and review this outstanding book.

Mary Shields is a moody, acerbic probation offer, dealing with some of Glasgow’s worst cases, and her job is on the line.

Imprisoned for murdering his wife, Liam Macdowall has published a series of letters to the dead woman, in a book that has made him an unlikely hero – a poster boy for Men’s Rights Activists.

Liam is released on licence into Mary’s care, but things are far from simple. Mary develops a poisonous obsession with Liam and his world, and when her son and Liam’s daughter form a relationship, Mary will stop at nothing to impose her own brand of justice … with devastating consequences.

A heart-pounding, relentless and chilling psychological thriller, rich with deliciously dark and unapologetic humour, Worst Case Scenario is also a perceptive, tragic and hugely relevant book by one of the most exciting names in crime fiction. 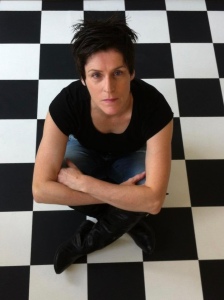 Helen FitzGerald is the bestselling author of ten adult and young adult thrillers, including The Donor (2011) and The Cry (2013), which was longlisted for the Theakstons Old Peculier Crime Novel of the Year, and is now a major drama for BBC1. Helen worked as a criminal justice social worker for over fifteen years. She grew up in Victoria, Australia. She now lives in Glasgow with her husband.

Worst Case Scenario by Helen Fitzgerald is a psychological thriller unlike any I’ve ever read before. A shockingly dark and chilling story that is full of surprises, it is also laugh out loud funny in the most inappropriate of ways.

Mary Shields is a character I loved from the start, but is also one that shocked and horrified me every time she opened her mouth. The direct approach she takes in both her job as a probation officer and in her personal life had me howling with laughter one minute then cringing the next, all while thinking did she really just say or do that?

Omg, there truly is something about Mary indeed!  A woman at the end of her tether, who is going through an horrendous menopause, she has finally had enough of the kind of people she has to deal with on a daily basis and is ready to turn her back on her job after thirty years service. No longer holding her feelings in check, all Mary wants to do is get through the next four weeks before saying goodbye to being a probation officer for good.

As a woman fast approaching the menopause myself, I recognised so many of the issues Mary is dealing with. But her way of dealing with them is so outrageously hilarious there were times I couldn’t quite believe what I was reading. Wildly inappropriate and politically incorrect, but also a breath of fresh air so desperately needed, she had me laughing at things I would never usually laugh at, enjoying every second of this crazy whirlwind of a ride she was taking me on.

We get to know Liam Macdowall, one of Mary’s last cases, through a series of letters he has written to his dead wife which have now been released as a book. She becomes obsessed with Liam and his toxic world, and when things take a personal turn for the worst, she tries to put a stop to it in true Mary fashion which leads to devastating consequences.

A deliciously dark and hilarious book, Worst Case Scenario is also a deeply tragic and relevant tale that has an emotional resonance with the world of today, especially in light of the recent “me too” movement. Mary is a character to remember, whose plight touched me on a personal level, moving me to tears as many times as she had me howling with laughter.

Helen Fitzgerald has written a chillingly brilliant and darkly hilarious book that I would highly recommend.

Check out what these other fabulous bloggers have to say about this fantastic book: 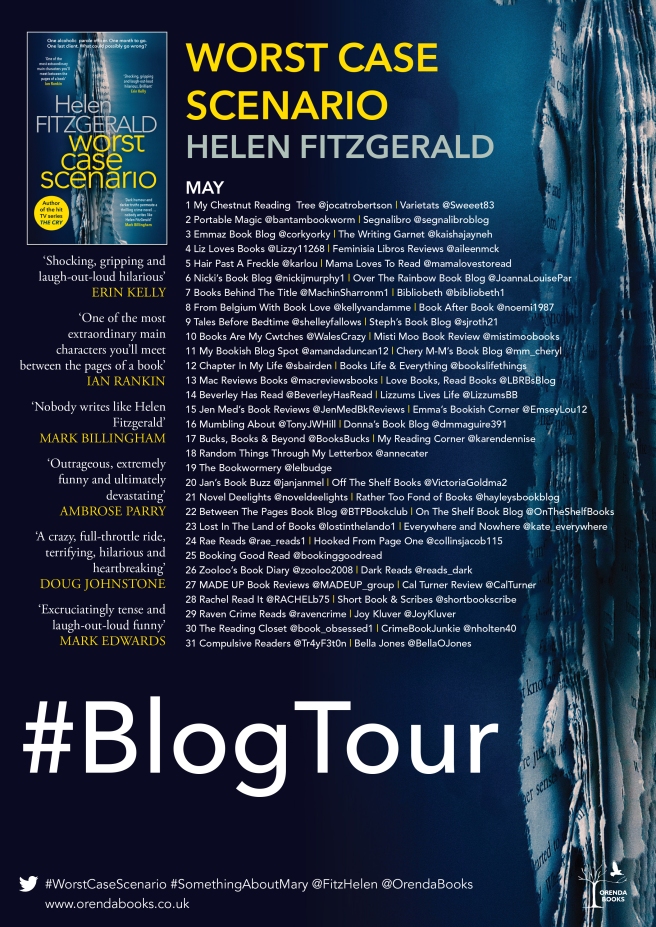