I’m pleased to welcome you today to my stop on the blog tour for fabulous thriller An Air That Kills by Christine Poulson. Thank you to Amber from Midas Pr for the invitation. 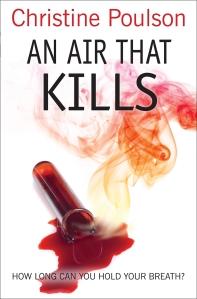 The atmosphere in the lab is toxic.

It is only a matter of time before there is a flu pandemic with the potential to kill billions. Or so wealthy entrepreneur Lyle Lynstrum believes. That is why he is funding research into transgenics – the mechanism by which viruses can jump the species barrier – at a high security lab on a tidal island off the North Devon coast.

A suspiciously rapid turnover of staff has him worried. He sends in scientist Katie Flanagan as an undercover lab technician. Something is clearly very wrong, but before Katie can get to the bottom of what is going on, a colleague is struck down by a mysterious illness.

Has the safety of the facility been compromised, allowing a deadly virus to escape? Katie begins to suspect that the scientists are as deadly as the diseases – and that her cover has been blown.
Then the island is cut off by high seas and a terrifying game of cat-and-mouse begins… 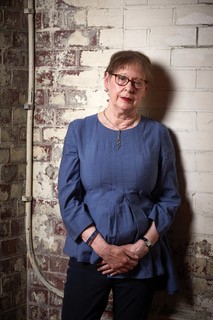 Before Christine Poulson turned to crime, she was an academic with a PhD in History of Art and had published widely on nineteenth century art and literature. Her Cassandra James mysteries are set in Cambridge in the UK.

The first in her new series, Deep Water, featuring scientist Katie Flanagan, appeared in 2016. The second, Cold, Cold Heart, set in Antarctica, came out in January 2018 and the third, An Air That Kills, will be published in November 2019.

Her short stories. published in Ellery Queen Mystery Magazine, CWA anthologies, and elsewhere, have been short-listed for a Derringer, the Margery Allingham Prize, and the CWA Short Story Dagger.

An Air That Kills is the third book in Christine Poulson’s Katie Flanagan series, but is the first one I’ve read. It reads very well as a standalone, however, and I don’t think you need to have read the first two to get the most out of this one. That being said, I will definitely go back and read the previous books in the series as An Air That Kills is a gripping and far too believable read that I thoroughly enjoyed.

After many months living and working in Antarctica, scientist Katie Flanagan is now back home and searching for a new job. When a friend tells her of problems at a high security lab on a tidal island off the North Devon coast, she jumps at the chance to work there under a secret identity to see what she can uncover. Has the safety of the facility been compromised, allowing a deadly virus to escape? Can Katie trust her new colleagues? And even more importantly, is she able to keep her undercover identity a secret?

An Air That Kills gives us a fascinating insight into how a research facility works, taking us on a thrilling adventure that’s as disturbing as it is exciting. It’s a scarily realistic tale of what could happen if a deadly virus escaped or, even more terrifying to contemplate, was deliberately released.

And then the island is cut off by high seas and a terrifying game of cat-and-mouse begins. Can Katie find the culprit before its too late?

Christine Poulson has written a complex and superbly plotted thriller, with believable characters you quickly come to care about. It’s a tale that will get your pulse racing, desperate to see where the clever writing is going to take you next. A thoroughly enjoyable read that I would highly recommend.

I can’t wait to see what this talented author comes up with next!

An Air That Kills by Christine Poulson is available to buy now: Amazon UK 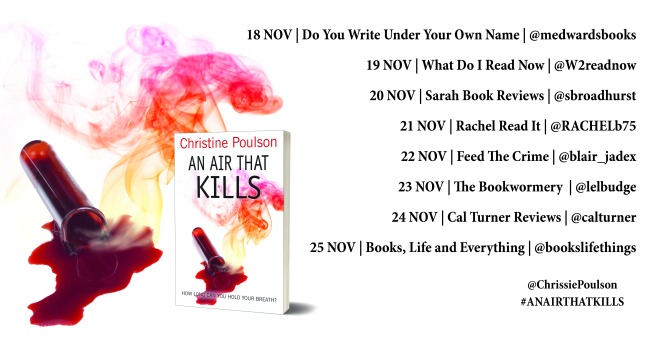