I’m pleased to welcome you today to my stop on the blog tour for gripping conspiracy thriller Million Eyes by C.R. Berry. Thank you to Rachel Gilbey and Elsewhen Press for giving me the opportunity to read and review this fantastic book!

How do you fight an enemy who has a million eyes?

What if we’re living in an alternate timeline? What if the car crash that killed Princess Diana, the disappearance of the Princes in the Tower, and the shooting of King William II weren’t supposed to happen?

Ex-history teacher Gregory Ferro finds evidence that a cabal of time travellers is responsible for several key events in our history. These events all seem to hinge on a dry textbook published in 1995, referenced in a history book written in 1977 and mentioned in a letter to Edward III in 1348.

Ferro teams up with down-on-her-luck graduate Jennifer Larson to get to the truth and discover the relevance of a book that seems to defy the arrow of time. But the time travellers are watching closely. Soon the duo are targeted by assassins willing to rewrite history to bury them.

Million Eyes is a fast-paced conspiracy thriller about power, corruption and destiny.

C.R. Berry caught the writing bug at the tender age of four and has never recovered. His earliest stories were filled with witches, monsters, evil headteachers, Disney characters and the occasional Dalek. He realised pretty quickly that his favourite characters were usually the villains. He wonders if that’s what led him to become a criminal lawyer. It’s certainly why he’s taken to writing conspiracy thrillers, where the baddies are numerous and everywhere.

After a few years getting a more rounded view of human nature’s darker side, he quit lawyering and turned to writing full-time. He now works as a freelance copywriter and novelist and blogs about conspiracy theories, time travel and otherworldly weirdness.

He was shortlisted in the 2018 Grindstone Literary International Novel Competition and has been published in numerous magazines and anthologies, including Storgy, Dark Tales, Theme of Absence and Suspense Magazine. He was also shortlisted in the Aeon Award Contest, highly commended by Writers’ Forum, and won second prize in the inaugural To Hull and Back Humorous Short Story Competition.

He grew up in Farnborough, Hampshire, a town he says has as much character as a broccoli. He’s since moved to the “much more interesting and charming” Haslemere in Surrey.

Technology that learns you

Well, what can I say about this fantastic and fast paced conspiracy thriller? C.R. Berry has written a tightly plotted and intricate story that had me enthralled from the very first page. As a massive fan of time travel fiction I knew this book would be something I would love – and I wasn’t wrong! It holds its own very well amongst the very best books of this genre that I’ve read over the years, in what has been a fascination with time travel that began at 11 years old when I first read Time and Again by the brilliant Jack Finney.

Gregory Ferro is an ex-history teacher who has stumbled upon evidence that a cabal of time travellers is responsible for several key events in our history. He teams up with college graduate Jennifer Larson, working tirelessly to uncover the truth, even at the expense of his own personal relationships. But their research attracts the attention of the time travellers, with Gregory and Jennifer soon finding themselves targeted by an assassin who does not want the truth to be known.

Million Eyes is a fast paced conspiracy thriller about power, corruption and destiny that had my heart racing from beginning to end. The story is told through the eyes of both Gregory and Jennifer, interlinked with the telling of key events from throughout history that the time travelling cabal are heavily involved in. How much danger are our intrepid duo actually in? And what exactly is the strange book the time travellers are desperate to find? Can it really have anything to do with key historical events that have been shrouded in mystery throughout time?

I loved this book! It’s a thrilling rollercoaster of a read that’s filled to the brim with intrigue and conspiracy theories, the twists and turns coming thick and fast as the truth is slowly uncovered piece by piece. Gregory and Jennifer are fascinating characters who make a great (if unlikely) team, their fear palpable as the net closes in on them, making for a tense and gripping read.

Million Eyes is a well written, intense read that had my heart pounding in my chest as the book drew to a close. A highly recommended and gripping read that I thoroughly enjoyed! I hope to read more from this talented author in the future. Or the past? You never know… 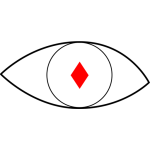 Million Eyes by C.R. Berry is available to buy now:

Check out what these other lovely bloggers have had to say about this wonderful book: