I’m thrilled to welcome you today to the first stop on the blog tour for espionage thriller The Vault by Mark Dawson. Thank you to Anne Cater and Angela McMahon for giving me the opportunity to read and review this fabulous book.

In the dying days of the Soviet Union, the Berlin Wall still casts a long and deadly shadow

1989. MI6 agent Harry Mackintosh embarks on an audacious plan to exfiltrate a valuable asset through a tunnel under the Berlin Wall. But things go badly wrong and what could have been a brilliant coup ends in a bloody failure, with Mackintosh only just escaping with his life. Now he wants revenge.

Mackintosh returns to London for help. He asks for seasoned professionals but gets Jimmy Walker, a bank robber blackmailed into working with British intelligence. Walker has been given a stark choice: a long stretch in prison or a trip behind the Iron Curtain. It sounds like a recipe for disaster, but the resourceful robber – desperate to keep his liberty and lured by tales of Stasi gold – might just be the right man for the job after all.

9 November 2019 marks the 30th anniversary of the fall of the Berlin Wall, one of the 20th Century’s most notorious structures. Built in 1961 to divide East and West Germany, by the late 80s it was 156 km long with a 15m ‘death strip’ guarded by 11,500 border guards under shoot-to-kill orders. At least 140 people lost their lives at the Wall. The last in 1989 just months before it fell. 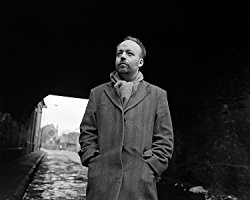 Mark Dawson is an award-nominated, USA Today bestseller, with more than 20 books published and over 2 million books downloaded in multiple countries and languages. Mark was born in Lowestoft, in the UK.

He has worked as a DJ, a door-to-door ice cream seller, factory hand and club promoter. He eventually trained as a lawyer and worked for ten years in the City of London and Soho, firstly pursuing money launderers and then acting for A-list celebrities suing newspapers for libel.

Although not the kind of book I usually go for, The Vault by Mark Dawson is a fast paced and gripping read that captured my imagination from the very first page and didn’t let go until the final page had been turned.

It’s 1989 and MI6 agent Harry Mackintosh embarks on a plan to exfiltrate a valuable asset through a tunnel under the Berlin Wall. When things don’t go to plan Harry returns to London thirsty for revenge. He is assigned the help of Jimmy Walker, a bank robber blackmailed into working for the British Intelligence. Is Jimmy going to be up to the job Harry has planned for him? Or could his involvement be one mistake too far?

What follows is an exciting espionage caper that will keep you on your toes throughout. The characters are interesting and the story well paced and thrilling, telling a tale of West and East Berlin before the fall of the Berlin Wall. Full of intrigue and suspense, it takes a look at life directly before the launch of Group 15. A fun and interesting read that kept me guessing and rethinking what I thought I knew every step of the way.

This is a book that can be read as a standalone although characters from some of Mark Dawson’s previous books do make an appearance, which is sure to delight readers who have enjoyed his work in the past.

The Vault is a fantastic heist and espionage thriller that I enjoyed immensely. Not my usual kind of read, but one I would highly recommend nevertheless.

The Vault by Mark Dawson is available to buy from January 31st 2020: Amazon UK

Follow along with the blog tour to see what these other wonderful bloggers have to say about this book: