I’m pleased to welcome you today to my stop on the blog tour for psychological thriller Little White Lies by Philippa East. Thank you to Jessica Lee and HQ for giving me the opportunity to read and review this addictive and thought provoking book.

She only looked away for a second…

Anne White only looked away for a second, but that’s all it took to lose sight of her young daughter.

And as Anne struggles to connect with her teenage daughter, she begins to question how much Abigail remembers about the day she disappeared… 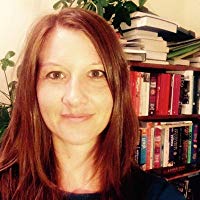 Philippa East grew up in Scotland before moving to Oxford and then London to train as a Clinical Psychologist.

A few years ago, Philippa left the NHS to set up her own part-time practice and dedicate more hours to writing. The result was her debut novel LITTLE WHITE LIES which will be published with HQ/HarperCollins in February 2020.

Philippa now lives in the beautiful Lincolnshire countryside with her husband and cat. She loves reading (of course!) and long country walks, and she also performs in a local folk duo called The Miracle Cure. Alongside her writing, Philippa continues to work as a psychologist and therapist.

Little White Lies by Philippa East is a gripping and addictive psychological thriller that once started you do not want to put down. I was drawn into the story from the outset, which begins with the return of Abigail White seven years after she went missing. No longer the eight year old child she had been last time Anne saw her, the turmoil and devastation the White family feel is palpable as Abigail, now a fifteen year old teenager, returns to a family she hasn’t seen in seven long years.

Abigail was abducted at a train station after her mother lost sight of her, but it is clear from the very beginning that Anne is also guarding a secret that has been eating her up since the day her daughter disappeared – a secret only her sister and brother-in-law know about. And now Abigail is back, struggling to reconnect with her parents and twin brothers, who were only babies when she went missing all those years ago. What, exactly, does Abigail remember of the day she was abducted? And what is the dark secret Anne has been harbouring ever since?

The story is told mainly from the points of view of Abigail’s mother, Anne, and her cousin, Jess, the person Abigail was closest to before she went missing. What follows is a gripping, thought provoking and addictive psychological thriller that has a family torn apart by trauma at its heart. Devastatingly real, with some genuinely shocking moments along the way, Little White Lies had me on the edge of my seat throughout. Philippa East has written a tense, moving and emotionally charged psychological thriller that’s filled to the brim with mystery and suspense. The powerful writing of this debut author had me gripped from beginning to end, desperate to uncover the real truth from behind the lies.

With a conclusion I did not see coming, Little White Lies is a thrilling family drama that I would highly recommend. 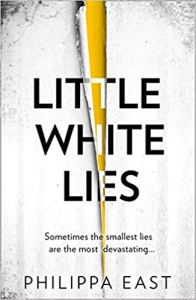 Check out what these other lovely bloggers have to say about this superb book: 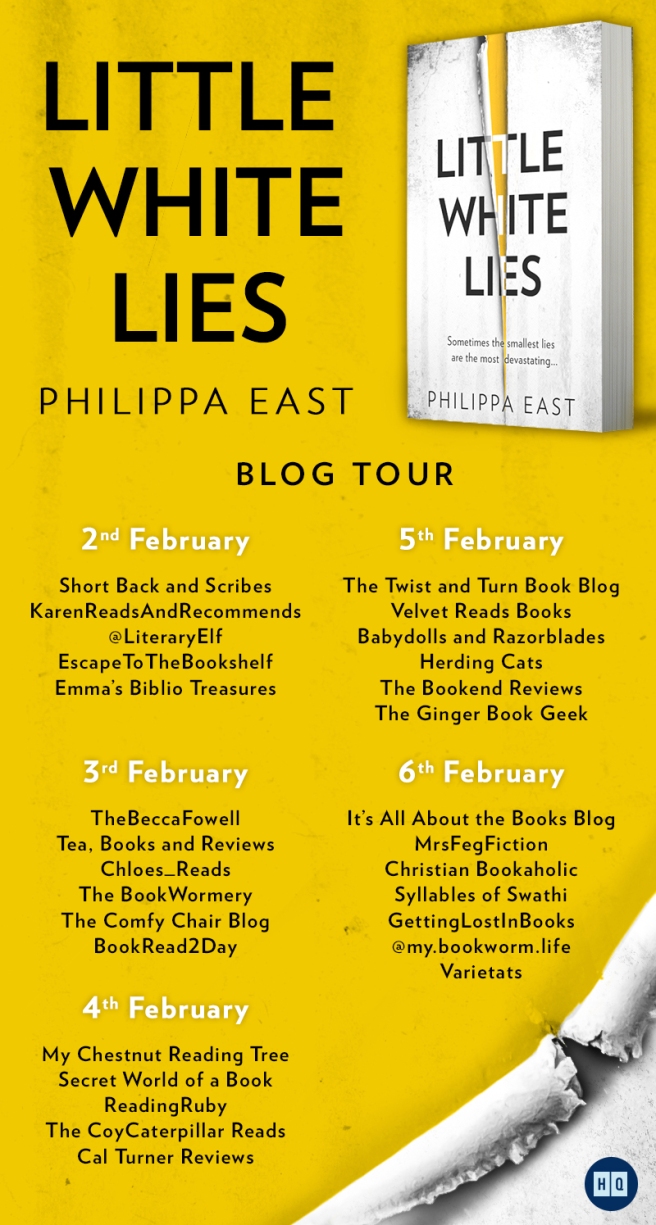