I’m pleased to welcome you today to my stop on the blog tour for the delightful Beneath Cornish Skies by Kate Ryder. Thank you to Rachel Gilbey and Head of Zeus for giving me the opportunity to read and review this wonderful book. 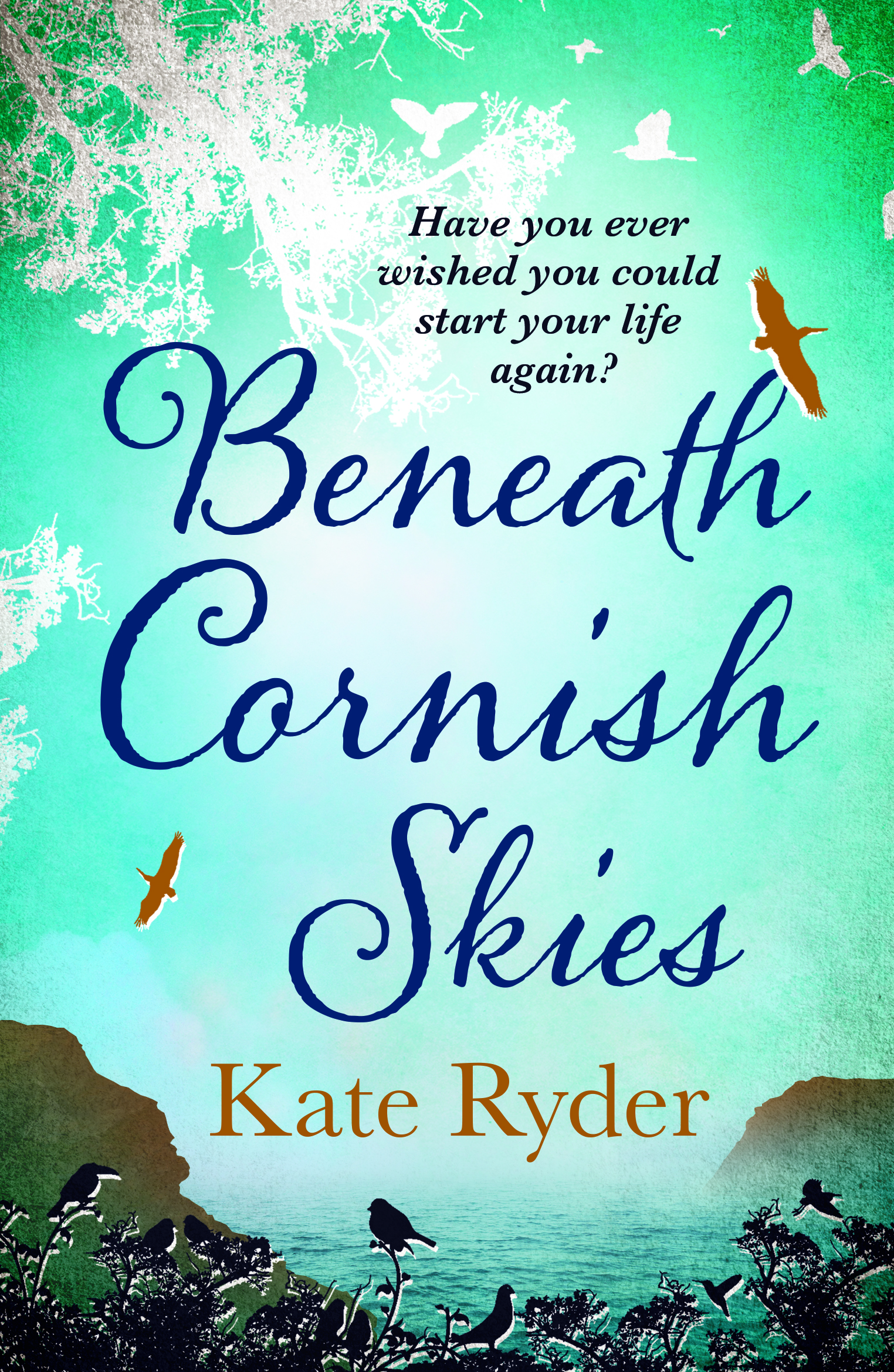 To an outsider, Cassandra Shaw’s life looks perfect. She lives in a beautiful, luxurious house in the English countryside, with a handsome, wealthy boyfriend who insists she needn’t do a day’s work in her life. But Cassie knows that something is not right. Her boyfriend has grown colder, treating her more like a housekeeper than a future wife. And her time feels empty and purposeless.

Cassandra has always been riddled with insecurities and self-doubt, but, just for once, she decides to take a chance on a new beginning. She answers an advert for a live-in nanny, dog walker, cook and all-round ‘Superhuman’ for a family living in a rambling manor house on the rugged North Cornish coast. The work is hard and tiring, but Cassie has never felt so fulfilled.

As Cassie learns to connect with the natural beauty unfolding around her, Cornwall starts to offer up its secrets. Soon, Cassie starts wondering if she was drawn to this isolated part of the coast for a reason. Why was she guided to Foxcombe Manor? What are the flashes of light she sees in the valley? Is it her imagination or does someone brush past her? And who is the mysterious man living deep in the woods?

A beautiful romance with a hint of ghostliness, Beneath Cornish Skies is for anyone who has ever longed to start their lives again.

Kate Ryder is an award-winning, Amazon Kindle international best seller who writes timeslip and romantic suspense in a true-to-life narrative. On leaving school she studied drama but soon discovered her preference for writing plays rather than performing them! Since then, she has worked in the publishing, tour operating and property industries, and has travelled widely.

Kate is a member of the Romantic Novelists’ Association and the Society of Authors. In 2017, she signed a 4-book contract with Aria (digital imprint of award-winning independent publisher, Head of Zeus).

Summer in a Cornish Cove, a contemporary romantic suspense set on the Lizard Peninsula, gained her a nomination for the RNA’s 2018 Joan Hessayon award, while its standalone sequel, Cottage on a Cornish Cliff, reached the heady heights of #2 in Kindle Literary Sagas.

‘Secrets of the Mist’, a mysterious timeslip romance, not only achieved #1 Kindle best seller flags in the UK, Canada and Australia, but also reached #49 in Amazon UK Paid Kindle. In the original, self-published version (The Forgotten Promise) it was awarded the first Chill with a Book “Book of the Month”.

Originally hailing from the South East of England, today Kate lives on the Cornish side of the beautiful Tamar Valley with her husband and a collection of animals.

Beneath Cornish Skies by Kate Ryder is a beautifully written and delightful read that I simply adored from beginning to end. The story has an ethereal quality to it that I loved, with the backdrop of the hauntingly beautiful Cornish coast weaving its magic and drawing me into Cassie’s story, as she slowly begins to emerge from the shadows to become the person she was always meant to be.

Cassandra Shaw appears to be living the perfect life, but in reality her life is anything but. So when she finds out that her boyfriend has been lying to her she decides the time is right for her to put her past insecurities and self doubt behind her, answering an advert to become a live in home help and nanny for a family living in a rambling manor on the beautiful North Cornish coast. Cassie soon settles in to her new role, feeling more fulfilled and happy than she ever has before.

But what are the flashes of light she keeps seeing in the valley? And who is the mysterious man living deep in the woods? With her imagination going into overdrive, Cassie begins to wonder exactly what it was that drew her to this secluded part of Cornwall. Is this the place where she was always meant to be? Or are her ties to the past too strong for her to finally let go?

This is the first book I’ve read by Kate Ryder but it definitely won’t be my last. Her writing is gorgeous, evoking a wonderful sense of time and place that I found enchanting, with the gentlest hint of the paranormal weaving its tendrils of ghostliness throughout the story and making me shiver.

And even though Beneath Cornish Skies is most definitely a love story, with Cassie’s entanglement with Luke a major element of the story, it was Cassie herself and the personal development she made that I found most captivating. I couldn’t help but fall in love with her from the outset and loved the progression of her character as she slowly grew in confidence, beginning to blossom and come into her own.

With a hint of the paranormal, a gentle romance and some wonderfully spine tingling twists, turns and revelations that kept me reading long into the night, Beneath Cornish Skies is a delightful and uplifting read that I would highly recommend.

Beneath Cornish Skies by Kate Ryder is available to purchase now.