I’m delighted to welcome you today to my stop on the blog tour for The Lost Hours by Susan Lewis. Thank you to Anne Cater and Harper Collins for giving me the opportunity to share this extract with you today. 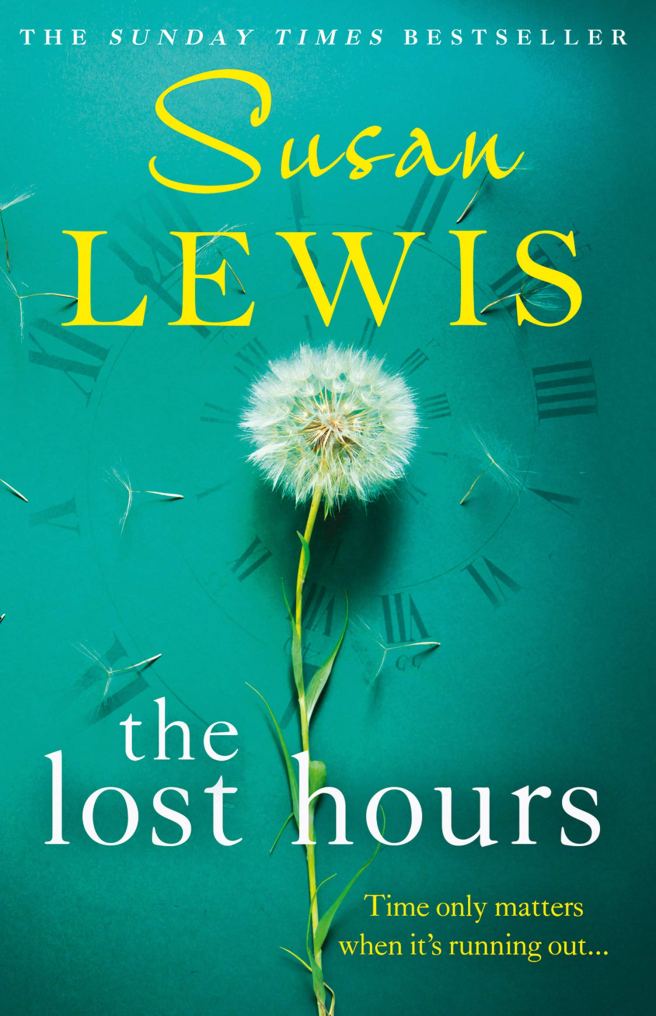 Golden couple Annie and David Crayce have it all. A loving marriage, three beautiful children and a thriving family business. Life couldn’t be better. Until the unthinkable happens…

A piece of damning DNA evidence has arisen, placing David as the prime suspect of a murder committed twenty-years ago. Annie is sure her David is innocent. But if he isn’t guilty, then either his father or brother must be.

As the police investigate the cold case, so does Annie. Trawling through her old diaries, she begins desperately looking for answers. But it all comes down to a few lost hours she can’t solve.

Susan Lewis is the internationally bestselling author of over forty books across the genres of family drama, thriller, suspense and crime, including One Minute Later, My Lies, Your Lies and Forgive Me. Susan’s novels have sold nearly three million copies in the UK alone. She is also the author of Just One More Day and One Day at a Time, the moving memoirs of her childhood in Bristol during the 1960s.

Susan has previously worked as a secretary in news and current affairs before training as a production assistant working on light entertainment and drama. She’s lived in Hollywood and the South of France, but now resides in Gloucestershire with husband James, two stepsons and dogs.

his desk to the young DC at his door.
‘A call’s just come in,’ the DC explained, ‘from a builder.

They’ve started clearing the land over at Embury Vale for the new estate. One of the workmen’s found a body, in a derelict railway hut. All indications are that it’s our girl.’

Underwood reached for his Nokia and got to his feet. ‘You can drive,’ he told the DC and started out of the room, wanting to lose no time, in spite of it apparently already being too late.

Karen Lomax, a seventeen-year-old local lass, had vanished from her home a month ago and all leads so far had been up the garden path at best, still open-ended at worst. No one seemed to know what had happened to her, where she’d gone or who could have taken her, although the smart money was on Timbo Jaks, the lowlife she’d been seen with a few times while the fair was on the common. None of her friends had said the relationship was serious, but Underwood would have been failing in his duty if he hadn’t tracked the Travellers down to find out if she’d gone with them. There’d been no sign of her, Jaks had sworn he’d never laid a finger on her, she wasn’t his type, but he would say that, wouldn’t he? They’d turned the camp upside down, had even hauled Jaks and half a dozen others in for questioning, but in the end they’d been forced to let them go.

Now a body had turned up not half a mile from where the fair had sprawled over the terrain in late July, and Underwood had never been one to believe in coincidences, oblique or otherwise. Karen Lomax had disappeared on 7th August, not two weeks after her last known visit to said fair.

‘Someone find out where Timbo Jaks and his lot are now,’ he barked to his team as he swept through CID, ‘and send a car to pick him up.’

Forty minutes later, Underwood and the young DC were standing on a vast patch of wasteland being drizzled on from above as they watched the SOCOs in hoods, masks, boots and gloves going about their work. Now that Underwood had set eyes on the body he was in no doubt it was Karen, partially decomposed though her once pretty young face was; the clothes, the hair, the build, were all a match. Early examination was suggesting a sharp blow to the back of the head was probably what killed her, but there was still a way to go. Any amount of other injuries, not immediately visible, might be revealed. Later, once the pathologist and forensics had done their jobs, they might know if she’d been beaten, tied up, tortured, starved; possibly if sexual relations had taken place prior to – or even after – her death. There were some sick bastards out there. What would be of more interest to the investigators was whether any identifying fibres, prints, hairs or fluids had been left behind.

Underwood’s next stop today was going to be the most difficult of all, breaking the news to the parents, Jess and Eddie Lomax. They owned a wine bar in the old town and lived above it. A nice couple, always friendly, knowl– edgeable about vintages, generous with the tastings. Honest, law-abiding types, who had closed the bar since the disappearance of their only child. Necessity demanded they were questioned, extensively, but no one had seriously suspected them. Their devastation would have been all but impossible to fake. It had been hard to handle, even for a seasoned detective like him.

Everyone who went into the bar knew their daughter, pretty, flighty, well-developed in all the right places, a proper handful if the truth be told, especially where the opposite sex was concerned. Like plenty of girls her age she was blossoming, growing up too fast, considered herself worldly, all powerful. She’d even batted her saucy eyes at him once or twice and he had a good ten years on her father.

The Lost Hours by Susan Lewis is available to purchase now: Amazon UK