I’m thrilled to welcome you today to my stop on the blog tour for the stunningly powerful and emotive debut The Source by Sarah Sultoon. Thank you to Anne Cater and Orenda Books for giving me the opportunity to read and review this outstanding book.

A hugely anticipated debut thriller from former CNN international news executive Sarah Sultoon. Inspired by Sarah’s own time in the newsroom, The Source follows a young TV journalist who is forced to revisit her past when she’s thrust into a sex-trafficking investigation in her hometown. TV rights have already been sold to Lime Pictures, with Jo Spain writing the screenplay.

1996. Essex. Thirteen-year-old schoolgirl Carly lives in a disenfranchised town dominated by a military base, struggling to care for her baby sister while her mum sleeps off another binge. When her squaddie brother brings food and treats, and offers an exclusive invitation to army parties, things start to look a little less bleak…

2006. London. Junior TV newsroom journalist Marie has spent six months exposing a gang of sex traffickers, but everything is derailed when New Scotland Yard announces the re-opening of Operation Andromeda, the notorious investigation into allegations of sex abuse at an army base a decade earlier.

As the lives of these two characters intertwine around a single, defining event, a series of utterly chilling experiences is revealed, sparking a nail-biting race to find the truth… and justice.

A tense, startling and unforgettable thriller, The Source is a story about survival, about hopes and dreams, about power, abuse and resilience. 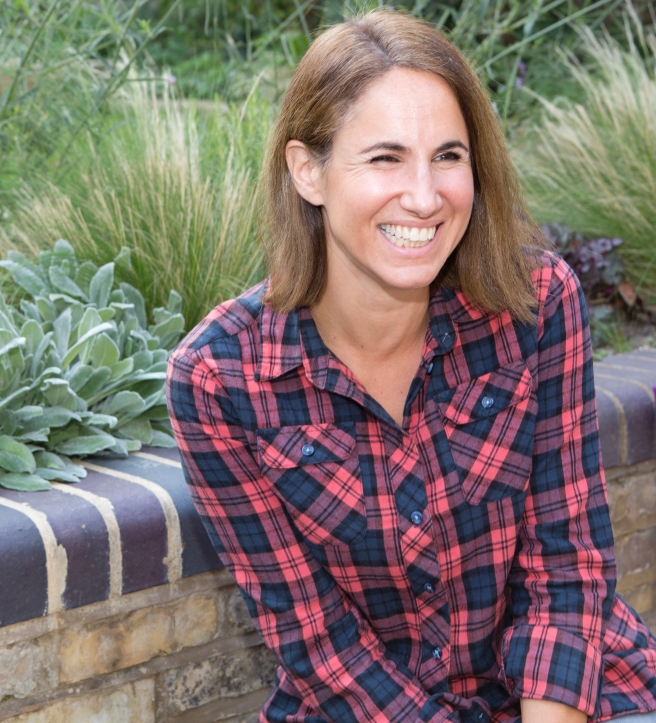 Sarah Sultoon is a journalist and writer whose work as an international news executive at CNN has taken her all over the world, from the seats of power in both Westminster and Washington to the frontlines of Iraq and Afghanistan. She has extensive experience in conflict zones, winning three Peabody awards for her work on the war in Syria, an Emmy for her contribution to the coverage of Europe’s migrant crisis in 2015, and a number of Royal Television Society gongs.

As passionate about fiction as nonfiction, she recently completed a Masters of Studies in Creative Writing at the University of Cambridge, adding to an undergraduate language degree in French and Spanish, and Masters of Philosophy in History, Film and Television.

When not reading or writing she can usually be found somewhere outside, either running, swimming or throwing a ball for her three children and dog while she imagines what might happen if…

The Source is the stunning debut thriller by former CNN international news executive Sarah Sultoon. It’s a devastatingly powerful and thought provoking read that had me gripped from beginning to end. Finding the right words to do this incredible debut justice is not going to be easy, especially as it evoked such an intense emotional response in me due to the horrific and heart rending nature of the subject matter.

Told in dual timelines, The Source moves seamlessly between the two as we follow the stories of thirteen year old Carly who lives in a disenfranchised town dominated by a military base in 1996 Essex, and junior TV newsroom journalist Marie who has just spent six months exposing a gang of sex traffickers in 2006 London. But all of her hard work is derailed when an investigation into allegations of sex abuse at an army base a decade earlier is re-opened. As the past and present collide, a shocking truth is unearthed that has the potential to bring things full circle and lead to justice being served at last.

Sarah Sultoon handles a difficult subject with sensitivity and care, at the same time has delivering a taut, chilling thriller that kept me on the edge of my seat throughout. Her writing is sharp and the storyline is dark and unsettling, twisting this way and that until the truth is finally revealed. I found myself completely invested in the characters lives, their inner voices clear, strong and authentic as I was swept up in the pain and emotion of it all. Carly in particular broke my heart as she struggled to come to terms with what had happened to her, her pain so devastatingly real I could feel every emotion right along with her.

But as painful and hard hitting as the devastatingly real storyline is, The Source is also a book that leaves you with an overwhelming sense of hope as the story draws to a close. It’s a story that isn’t only about power and abuse, but is also a powerful story of survival and resilience.

I don’t even have the words to describe just how stunning this beautiful and sensitively written novel is and I honestly can’t recommend The Source highly enough. Written with integrity and a raw honesty that takes your breath away, it is a powerful and thought provoking read that stays with you long after the final page has been turned. It’s hard to believe that this outstanding book is Sarah Sultoon’s debut novel and I can’t wait to read whatever this talented author comes up with next.

The Source by Sarah Sultoon is available to purchase now: Amazon UK

Check out what these other wonderful bloggers have to say about this book: 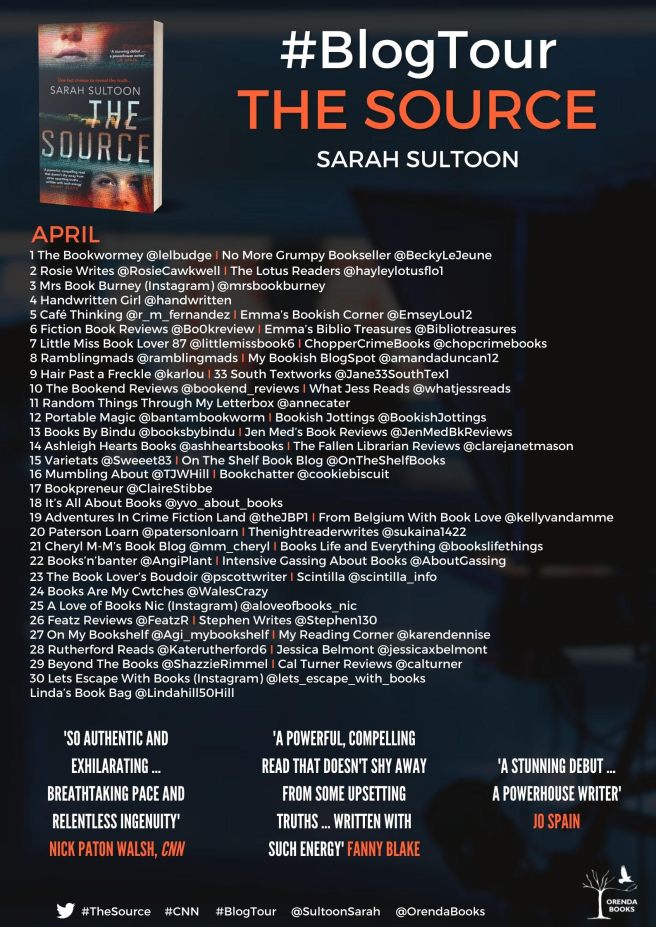